With Christmas coming, we decided to sit down and watch something as sweet as the hot cocoa and pie served for dessert.  Fortunately, the food was not as cloying as the sap flooding the TV screen.  But that didn't mean we didn't enjoy Love Actually.  In fact, we were surprised to be reminded that Wisconsin makes a cameo! 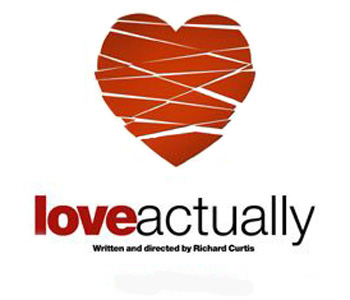 In the movie Colin (Kris Marshall), a bumbling British guy with lacking lady skills, decides that his English accent will put him in better favor with American girls.  Of course, he flies to Wisconsin.  Obviously, whoever made this film did little time researching the scene of Colin's arrival in Milwaukee.

Colin lands in "Milwaukee International" (which may come at a surprise for all of us who usually fly out of General Mitchell International Airport).  But that's just nitpicking.  The real shock came when he walks into a "typical Wisconsin bar" (a setting MTC is fairly familiar with). 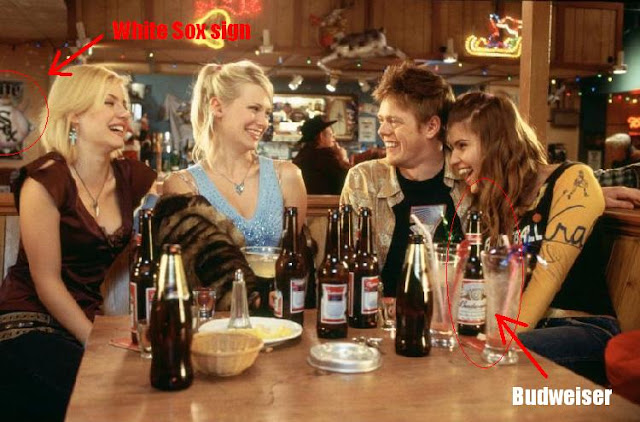 Posters for the Chicago White Sox and bottles of Budweiser beer made it clear that this was no Wisconsin bar.  We were willing to give them the benefit of the doubt when we saw everybody wearing cowboy hats and boots -- there are certain bars like that, though rare.  Yes, we agree that the girls found in pubs all over Wisconsin tend to be this cute, but to serve Budweiser in the home of Miller and have White Sox plastered all over the walls of a bar in Brewers country is just wrong.  So, so wrong.

Had the producers been followers of More Than Curds, they would have seen the err of their ways.  Let's just ignore that the film was made nine years before this blog began...
Posted by Greg at 8:10 PM