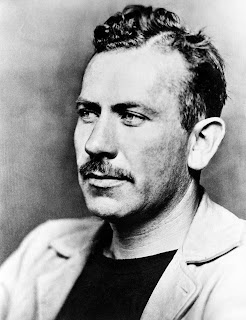 It is possible, even probable, to be told a truth about a place, to accept it, to know it and at the same time to not know anything about it.  I had never been to Wisconsin, but all my life I had heard about it, had eaten its cheeses, some of them as good as any in the world.  And I must have seen pictures.  Everyone must have.  Why then was I unprepared for the beauty of this region, for its variety of field and hill, forest, lake?  I think now I must have considered it one big level cow pasture because of the state's enormous yield of milk products.  I never saw a country that changed so rapidly, and because  I had not expected it everything I saw brought a delight.  I don't know how it is in other seasons, the summers may reek and rock with hear, the winters may groan with dismal cold, but when I saw it for the first and only time in early October, the air was rich with butter-colored sunlight, not fuzzy but crisp and clear so that every frost-gay tree was set off, the rising hills were not compounded, but alone and separate.  There was a penetration of the light into the solid substance so that I seemed to see into things, deep in, and I've seen that kind of light elsewhere only in Greece.  I remembered not that I had been told Wisconsin is a lovely state, but the telling had not prepared me.  It was a magic day.  The land dripped with richness, the fat cows and pigs gleaming against green, and, in the smaller holdings, corn standing in little tents as corn should, and pumpkins all about.

I don't know whether or not Wisconsin has a cheese-tasting festival, but I who am a lover of cheese believe it should.  Cheese was everywhere, cheese centers, cheese cooperatives, cheese stores and stands, perhaps even cheese ice cream.  I can believe anything, since I saw a score of signs advertising Swiss Cheese Candy.  It is sad that I didn't stop to sample Swiss Cheese Candy.  Now I can't persuade anyone that is exists, that I did not make it up.

Beside the road I saw a very large establishment, the greatest distributor of sea shells in the world--and this in Wisconsin, which hasn't known a sea since pre-Cambrian time.  But Wisconsin is loaded with surprises.  I had heard of the Wisconsin Dells but was not prepared for the weird country sculpted by the Ice Age, a strange, gleaming country of water and carved rock, black and green.  To awaken here might make one believe it a dream of some other planet, for it has a non-earthly quality, or else the engraved record of a time when the world was much younger and much different.  Clinging to the sides of the dream-like waterways was the litter of out times, the motels, the hotdog stands, the merchants of the cheap and mediocre and tawdy so loved by summer tourists, but these incrustations were locked and boarded against the winter and, even open, I doubt that they could dispel the enchantment of the Wisconsin Dells.