Great Taste of the Midwest

This past weekend was the 26th annual Great Taste of the Midwest in Madison, Wisconsin. The Great Taste is a 5-hour long beer tasting event where 6,000 patrons have the opportunity to sample beers from craft breweries across the midwest. This year there were 500 beers to sample!

Even getting tickets for this event is an adventure. Tickets go on sale in May and they always sell out on the same day. A couple of my friends camped outside in the pouring rain to get a ticket for me (that may be the definition of true friendship). A ticket for the event will set you back 50 clams, but it's worth every penny.

The doors to the Great Taste open at 1:00pm and an epic line starts forming by late morning. Here we are at the front of the line looking back at a sea of beer enthusiasts.


The Great Taste is held in Olin-Turville park on lake Monona. The lake provides a scenic backdrop for the event with the Monona Terrace and Capital building contributing some iconic Madison flair. 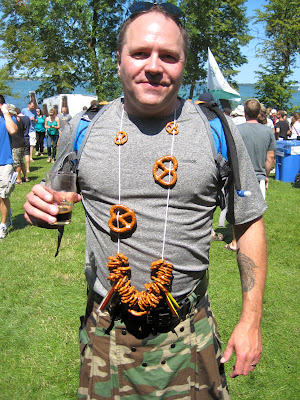 I went to the Great Taste with three friends-- between the four of us, we managed to taste 114 of the 500 beers. If you're going to this event, I totally recommend bringing a couple of people you know (and who you don't mind sharing koodies with). Our group would hit a brewery booth and each of us would get a different sample of their brew. This rocked because we could all sample several beers at once and maximize our tasting efficiency. I received an excellent tip from fellow MTC blogger and tasting aficionado, Greg, before going to the event: take one modest taste of each brew, then pour the rest out. Although this felt like beer SACRILEGE, the "sip and pour" technique did allow us to taste dozens of beers and still retain our pallets (and some lucidity) by the end of the event. Thanks, Greg!

One of my favorite styles of beer is the Belgian Sour, so I tried to sample as many beers in that category as possible. The biggest standout brewery (in my humble opinion) was Jolly Pumpkin Artisan Ales from Dexter, MI. Jolly Pumpkin had four beers on tap: La Roja, Oro de Calabaza, Sobrehuhmano Palena 'Ole, and Luciernaga. La Roja was my personal favorite. Jolly Pumpkin had a steady line at their booth as soon as the doors opened; they ran out of beer two hours into the event.

There were several other good breweries, but a few of my favorites include: Short's Brewing Company from Bellaire, MI (they had some well-executed novelty beers, including a black chai cream ale); Wild Onion Brewing Co. from Barrington, IL (had the best pumpkin ale at the fest); and Three Floyds Brewing Co. from Munster, IN (their Bourbon Ice Grille was my favorite-- a Belgian-style dubble with hints of raisins and plums).

One thing that really impressed me about the The Great Taste was how they promoted responsible sampling. Union Cab offered $1 cab rides after the event and several Madison breweries sponsored free shuttles to and from Olin-Turville Park. If you're thinking about going to the Great Taste next year, I totally recommend taking advantage of these handy services.

The Great Taste of the Midwest was my first large-scale beer sampling fest and it certainly didn't disappoint. I'm already counting down the days until I can get my tickets for next year's event! Prost!! 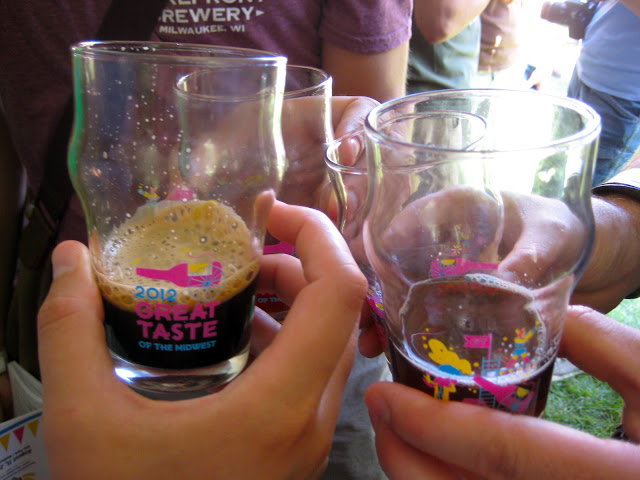